Sixty years have passed since the first student teachers entered the gate of Mater Admirabilis Training College at Tal-Virtù.  However, this was but the new accomodation of the college, which opened its doors to the first group of 25 students on October 20, 1944 – feast of Mater Admirablis – at very cramped quarters in the convent/school at St. Julian’s.  The initial ten-week course gradually developed into a two-year residential one, and a new college was built at Tal-Virtù.  On May 4, 1954 the building was officially opened by Queen Elizabeth II receiving the first group of students the following  October. 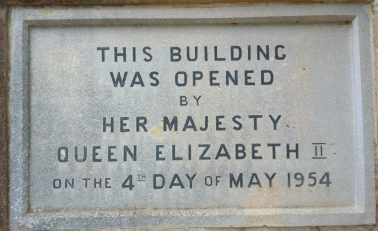 The training college was given the name “MATER ADMIRABILIS” – Mother Most Admirable – a title with a special connection to the Society of the Sacred Heart.

In 1846 a French postulant, Pauline Perdrau, began her religious life in the Society’s convent at Trinità Dei Monti, Rome.  Being an artist, and seeing a small alcove in a corridor in the convent, she received reluctant permission to paint a fresco of Our Lady there, the Superior thinking that if the result was not good enough, the work would be scrapped!

The fresco shows Mary as a young girl, in a moment of contemplation as she works at her spindle.  Her hands rest on her lap, her eyes are downcast, at her feet is her work basket, the open Bible face down on it.  The picture tells of Our Lady stopping a moment to read an extract from Scriptures and meditate on it.  The Madonna’s face is radiant and serene.

When the fresco was finished and the colours settled, all who saw it were in admiration at its beauty.  Moreover, people instinctively began to pray in front of Our Lady.  Very soon word starting arriving of graces obtained through the intercession of “The Lady of the Lily” as she was called, since there is a vase with a lily by Mary’s side. 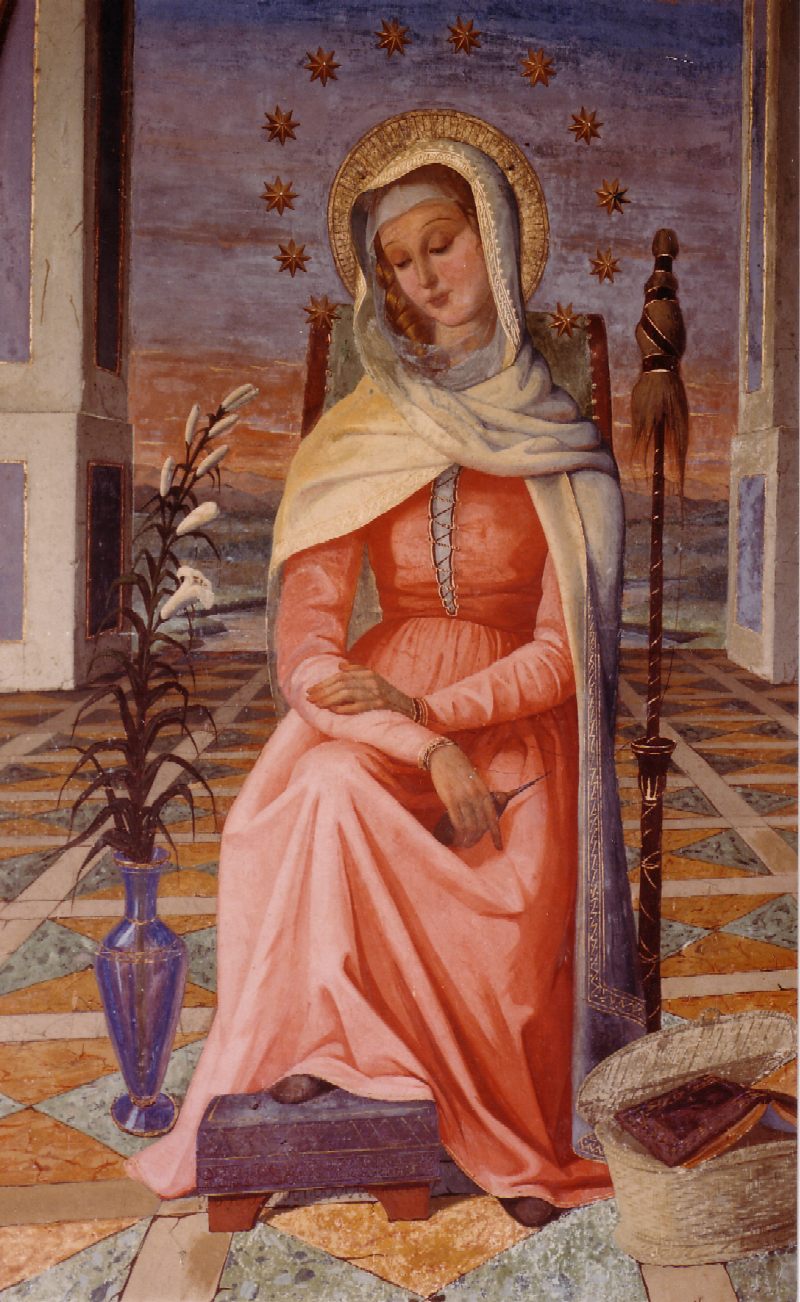 On October 20, 1846 Pope Pius IX visited the convent at Trinità dei Monti.  On seeing the picture he exclaimed “MATER ADMIRABILIS!”, and so the fresco got its name.  The Pope establised the 20th of October as a feast in honour of Mater Admirabilis.

“Mater” is treasured by the sisters of the Society of the Sacred Heart, and her feast day is celebrated in all its convents, schools and colleges.  A copy of Mater is found in every house of the Society. 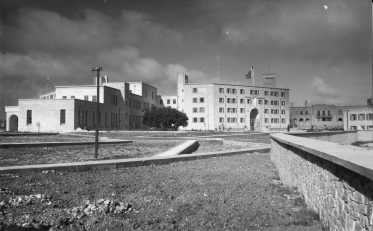 he training college closed down in 1973, and in 1978 the building welcomed the first Seminarians and the Minor Seminary.  It gave great pleasure to the sisters of the Sacred Heart when the Seminary adopted Mater Admirabilis, and started celebrating its feast.  It is also pleasantly consoling for the sisters that a building destined for education continued being used for this same purpose, even though the Society no longer participates directly in this mission of education.  We assist through our prayers.