The recent issue of 3-parent babies in the UK has again brought to the fore the Science-Faith debate. In this case, the Anglican and Catholic Churches have both voiced their concerns about this scientific possibility. But should they have spoken or should they have kept their place and refrain from interfering with what lies in the scientific sphere? 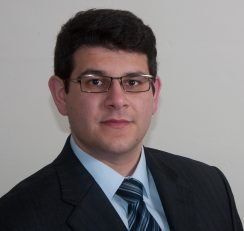 The process of 3-parent babies involves removing the genetic material from the donor’s egg and replacing it with another woman’s genetic material. This would then be followed by an IVF (In Vitro Fertilisation) procedure. Clearly this is in the scientific realm! Faith has no place here! Or does it? Do science and faith mix? Are they compatible?

I write from a particular position: I am a qualified science communicator with more than seven years’ experience locally and abroad. Science is very close to my heart and, of course, I want as many people to experience the joy of science. I am also a seminarian discerning my vocation to the priesthood. I thus also have faith close to my heart. Some tell me that this makes me a walking contradiction… an illogical juxtaposition.

For starters, I flatly reject a ‘god’ used as a polyfiller, liberally applied to reality such as to fill in the voids which science has not yet explained. This “God of the gaps” is ushered in by the view that science and faith vie for the same theoretical territory. This admits an overlap between science and faith, but does not allow for proper interaction. Science ends up having the final say, while faith only prevails in the lacunae left by science.

Others see science and faith occupying non-overlapping realms. Science would be interested in the empirical world, while faith takes on questions of ultimate meaning and moral values, never overlapping or influencing each other. In practice, both faith and science make claims which impact each other, implying an area of overlap, be it the origins of the universe or the meaning of life, or anything else.

This position is flawed, both from the scientific and the faith points of view, making a gross caricature of both. Moreover, it makes it impossible for a priest to be a scientist, or a scientist to hold a belief in God, both at the same time. Yet there are a number of local and foreign examples who disprove this model.

Contrary to popular belief, science communication, science education and philosophy of science are pushing forwards an alternate model of mutual interaction between faith and science. This accepts an overlap between the two and admits a mutually beneficial dialogue. It has become clear that there is more to reality than just chemistry, physics, biology… Not only do we ask “How did we get to exist?” but also “Why do we exist?” Science has become ubiquitous. Likewise, faith permeates all recesses of reality. Together, they contribute to a better investigation of reality, each through their particular tools and methods.

I support the latter model, and am not alone in this. It is a model which gives a more holistic view of reality, appreciating the contribution of both sides, and opening the eyes of all to a wider reality.

Gone are the days where men and women of faith looked at science with suspicion. We are in an era in which everyone, priests included, need to engage in dialogue with science. We cannot and should not eschew it, else we would be shoving our heads in the sand while realty tramples us over. Training tomorrow’s priests in a seminary, involves equipping them with what is needed to be good men of faith and able to engage in dialogue with reality, scientific and otherwise.

One can view a copy of the printed article here