Yes He Is! Trying to rationalize reality will sooner or later force one to conclude God is One Illogical Being. How is it that He loves us and yet He allows suffering, injustice and evil in the world?

Well, God might not be the only one! How can I explain my vocation to the priesthood as anything but illogical? After obtaining a Master’s degree in IT, and working for over six years in software 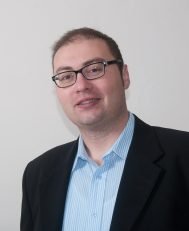 development, programming logically, I feel to have been hit by a real-time bug in pursuing such an illogical move.  Why join the priesthood, an institution seen by many as tarnished by child abuses, outrageous complacency in the face of evil, and a princely attitude?

Being an IT person, I’m wired to think that if it isn’t logical it isn’t fine. An Artificial Intelligence (AI) algorithm can’t decide illogically, yet we realise that the laws of science do not exhaust our desires. I see God as immensely in love with his creation that he lets it unfold naturally. He’s intimately close to his masterpiece. Sometimes His activity is felt more than other times, yet his involvement is real. But is it logical to dedicate one’s life for such a cause? Is it logical to follow an Aha-moment?

My experience of God is not of a logical being, but of a Loving being. Love is illogical. Why would one settle and marry his wife, excluding all other girls? Isn’t that illogical?

As one is discerning one’s vocation, many questions arise. Topping the list: “Why me?” It doesn’t make any logical sense. Considering that I didn’t attend Sunday mass, neither very fond of the Church, my vocation wasn’t logical. Now, I can witness to the positivity of living a life ‘online’ with God.  It takes time and battling oneself to realise that one is called for who he IS, who this Illogical Programmer is loving him to be.

I used to equate my identity with my skills, my performance, my meeting deadlines and outsmarting competition. Then I realised that what matters for God is who I am. He loves me for who I am. This was my Aha-moment. Very often this love is perceived as illogical, although there is a deeper heart logic. My interpretation is that modern man is learning to interact differently by becoming increasingly networked as individuals: the individual who is the focus, more than relationships. A sense of putting the other before you is akin to dividing by zero. This new way of networking, has made us forget how to truly love. It is here why a priestly vocation is counter cultural, illogical. It is a call to dedicate one’s life to God in service of others.

In programming terms, such a decision can be compared to a BREAK statement in a loop (An Aha-moment). And this break can only be done because I AM. Everyone is allowed his/her Aha-moment and it does perfectly sense to follow it, logically or not. Life is more than brute logical decisions. Some examples: not cheating at work; forgiving someone; defending someone else at one’s disadvantage. But then again: choosing one’s spouse and choosing one’s vocation to do the illogical leap in God’s illogical love.

To borrow IT’s lingo, once this new library (God’s love) has been imported to one’s life, the outcome would be completely different; the new vision of life changes. In this new framework, choosing a celibate life does make sense. Living in service of others takes a new meaning. Questions arise way too frequent, yet knowledge gained through academia, prayer, and reflection, help unfold the mystery. The Seminary supports us through psychological and other professional support; being as fully human as one could be, would enhance our loving others disinterestedly!

This article was first published on The Malta Independent on 1st March 2015.
One can view a copy of the article here.